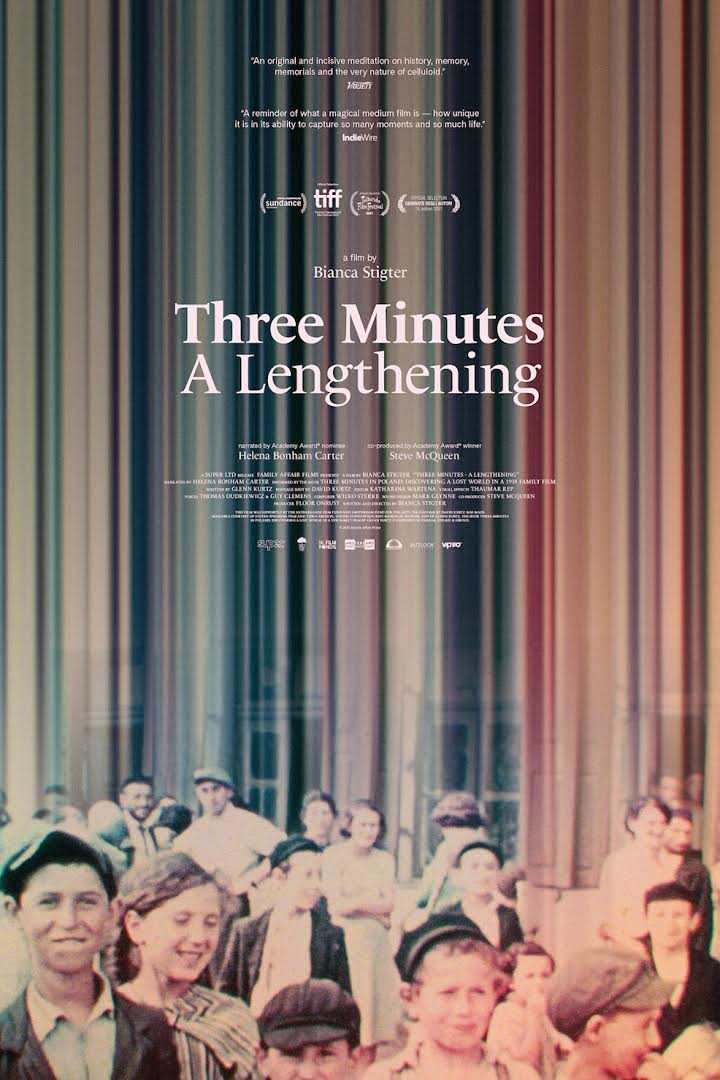 Internationally acclaimed film Three Minutes – A Lengthening, which premiered at the 2022 Miami Jewish Film Festival. Produced by Steve McQueen and narrated by Helena Bonham Carter, this one-of-a-kind documentary transforms rare color home-movie footage shot in 1938 Poland into a testament to victims of the Holocaust.