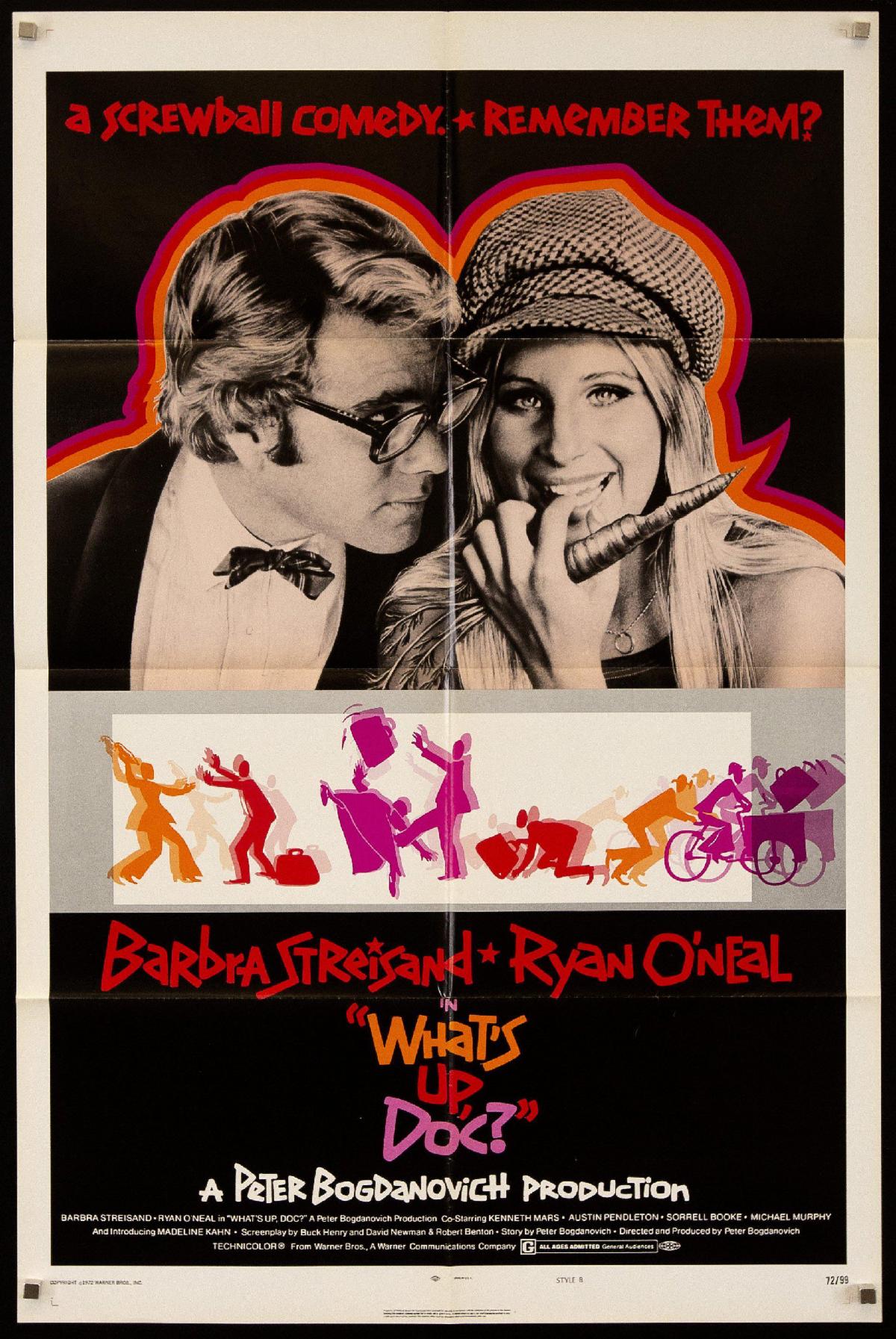 What’s Up, Doc? is a 1972 American romantic screwball comedy film released by Warner Bros., directed by Peter Bogdanovich and starring Barbra Streisand, Ryan O’Neal, and Madeline Kahn. It is intended to pay homage to comedy films of the 1930s and 1940s, especially Bringing Up Baby and Warner Bros. Bugs Bunny cartoons.

What’s Up, Doc? was a success, and became the third-highest-grossing film of 1972. It won the Writers Guild of America 1973 “Best Comedy Written Directly for the Screen” award for Buck Henry, David Newman, and Robert Benton. What’s Up, Doc? was ranked number 61 on the list of the 100 greatest American comedies published by the American Film Institute (AFI), number 68 on the AFI’s list of 100 greatest love stories in American cinema, and number 58 on the list of the WGA’s 101 Funniest Screenplays published by the Writers Guild of America. The film was very loosely based on the novel A Glimpse of Tiger by Herman Raucher.